Anna Todd’s After—which she originally wrote entirely on her phone as a hobby—is now being turned into a four-book series by Simon & Schuster, with the first installment released in October. Paramount Pictures has acquired the film rights to adapt the After story for the big screen.
Last spring, the 25-year-old One Direction überfan parlayed her love of reading and the British boy-band to create After on Wattpad, a free social reading and writing app, under the nom de plume Imaginator1D. The plot of After revolves around young Tessa and her on-again, off-again relationship with Hardin Scott, inspired by One Direction singer Harry Styles.
Every few days, Anna used Wattpad to publish a new installment. Her fanfic love story swelled to over 2,500 pages and has been viewed more than a billion times. Yes, billion with a ‘b!’ and more than 6 million comments (and counting!)

About Anna Todd
Twenty-five year-old Anna Todd is a first-time writer spending her days in Texas with her husband, with whom she beat half the statistics by getting married one month after graduating high school.

Anna never thought she’d be an author. In fact, between her husband’s three deployments to Iraq, she worked a number of odd jobs – from a makeup counter to the IRS processing center. It wasn’t until 2013 that Anna combined her love of reading and One Direction to create After on Wattpad, a free social reading and writing app.

Writing the majority of After from her mobile phone while in and out of appointments and running errands, Anna extended the After story world beyond Wattpad, using Instagram and Twitter to share photos, videos, songs, and art created by readers. By 2014, Anna’s story had over 1 billion reads and more than 6 million comments (and counting!)

The After series tells the story of Tessa Young, an optimistic freshman at Washington State University, and the dark, troubled British bad boy who has stolen her heart.

Since becoming one of the most talked about stories on the internet, the After series garnered attention from Gallery Books, an imprint of Simon & Schuster, who published the first installment of the novel, which went on sale on October 21, 2014.

On Wattpad, After has over 1 billion reads, more than 6 million comments and the print edition is available in 26 countries.

Wattpad is the world’s largest community of readers and writers. It has connected over 40 million people around the world who share a love of reading and writing.

Mobile: With Wattpad you can read and share stories from your phone, tablet or computer. Whether you’re online or off, use the devices you already own to carry an entire library of stories wherever you go.

Social: Wattpad creates direct connections between readers and writers. Everyone participates in storytelling on Wattpad. Some people may not identify with being a writer, but they can share plot suggestions via comments and messages or create original art/music to go along with the stories they’ve read.

Anyone can share a story on Wattpad. Whether you’ve never written before, or published multiple books, Wattpad offers benefits for writers of all levels.

One of the greatest benefits of Wattpad is a direct connection between readers and writers. Readers receive notifications whenever a new chapter of a story is posted. Many writers share their work serially: posting stories one chapter at a time, so readers keep coming back. As soon as a story is uploaded it can be accessed by millions of readers around the world.

Wattpad by the numbers:
More than 40 million people have joined Wattpad
More than 80 million free stories are available on Wattpad
People spend 9 billion minutes a month on Wattpad
Stories available in over 50 languages – all for free
A new users joins Wattpad every second
More than 24 hours of reading material is posted to Wattpad every minute
85% of all activity is on mobile

You can get the book at these links: 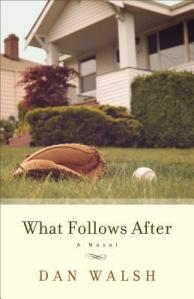 “In October 1962, Colt Harrison and his little brother, Timmy, hatched a plan. They would run away from their Florida home, head for their aunt’s house in Savannah, Georgia, and refuse to come home until their parents got back together. But things go terribly, terribly wrong. Colt’s mother and father must come to grips with years of neglect and mistrust in order to recover their beloved sons, their love for one another, and their broken marriage.
In this emotional story, Dan Walsh takes readers on a journey to rediscover the things that matter most in life–love, truth, and family.”

When I seen this book, I did not know if I was going to like it or not. I normally read books with a pretty girl on the front because it is normally a hopeless romantic story. This book might not have drawn me in because of the cover, but once I started reading this I could not stop. It drew me in and kept my interest until the end. Scott, Gina, Colt, and Timmy were characters that I loved to read about and couldn’t wait to here more about. I give this book a 5 out of 5 stars.

I received this book in exchange for my honest review from Revell Reads.