“The Redcoats are Coming!” is about 2 kids that Whit sends on an adventure to the 1700s through the imagination station. They are to learn about history and deliver a letter that Mr. Whittaker has to Paul Revere. There are bumps along the way to get their mission done and Patrick and Beth are excited about what they are getting to experience! It is a history lesson on a whole different level!

Let’s just say that I LOVE Adventures in Odyssey! I grew up listening to it on Saturday mornings on the radio and I have the cassette tapes! I still love to listen to Chris as she takes us on another Adventure in Odyssey! When I seen this book, it looked good but I didn’t know it was Adventures in Odyssey until it came to my house! That being said, the kid came out in me and I couldn’t wait to read this book! I wasn’t let down! Although it is just a little under my reading level (well about 15 reading levels), but I loved it anyhow. The characters were well developed and there was lots of action. I love the way the history was incorporated into the book so kids can read something educational and fun at the same time! I give this book a 5 out of 5 stars!

I received this book courtesy of the Tyndale Blog Network in exchange for my honest review! 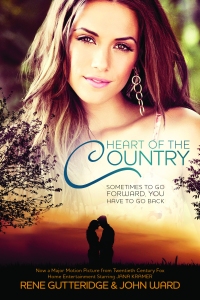 “Faith and Luke Carraway have it all. Faith is a beautiful singer turned socialite while Luke is an up-and-coming successful businessman. After taking his inheritance from his father’s stable, lucrative business to invest in a successful hedge fund with the Michov Brothers, he’s on the fast track as a rising young executive, and Faith is settling comfortably into her role as his wife. When rumors of the Michovs’ involvement in a Ponzi scheme reach Faith, she turns to Luke for confirmation, and he assures her that all is well. But when Luke is arrested, Faith can’t understand why he would lie to her, and she runs home to the farm and the family she turned her back on years ago. Meanwhile, Luke is forced to turn to his own family for help as he desperately tries to untangle himself from his mistakes. Can two prodigals return to families they abandoned, and will those families find the grace to forgive and forget? Will a marriage survive betrayal when there is nowhere else to run but home?”

Here is a link to the YouTube video for the DVD: http://www.youtube.com/watch?v=U4DXfARALE8

When I seen this book on the website, it looked like a book that I would read. I then found out that it was also a movie! I watched the trailer and couldn’t wait to watch the movie and read the book! I received an email from Tyndale saying that my book had shipped and that the first 25 people who clicked to get the book would get the DVD as well. I didn’t think that I had been one of the first 25 so I just brushed it off, but when I got my package it had the DVD in it. I was excited! I watched the movie first since the book was an adaptation of the movie. I loved the movie, but knowing that it they used the Prodigal Son from the Bible as part of the novel then I kind of knew what was going to happen. I then started to read the book and it was like the movie was coming to life in my hands. There were a few things different, but I would’ve never known that it had started off as a movie first. I loved the book and how each chapter had a different character’s point of view. It was like a 360 degree version that some writers don’t do. I personally like that better because I want to know how everyone feels. I normally don’t like movies on books because my version of the character doesn’t look like what I thought they would or they left out part of the book, but this was a movie first so that problem didn’t exist.

I received this book in exchange for my honest review from the Tyndale Blog Network.

Shelby’s life isn’t glamorous, but it is predictable—and that’s the way she likes it. A survivor of her father’s violence, she has spent a lifetime creating a safe existence devoid of dependence. But her carefully managed world begins to break when, under staggering circumstances, she becomes a single mother to four-year-old Shayla. In a drastic attempt to escape her childhood’s influence, Shelby moves to Germany, but she quickly discovers how intimately linked memory and healing are—and how honestly she must scrutinize her past in order to aspire to a richer future. As she juggles a new job, a new culture, a new daughter, and the attention of an enterprising man, Shelby’s fresh start becomes a quest for the courage to be not only a survivor, but someone who prevails.

Overall, I loved this book! There were pieces in this book that were thrown my way that I never guessed would of happened, but there were also predictable things that happened just like any other romance novel. The book was confusing at first with going back and forth between the past and the present, but I soon figured it out which helped make me like the book even more.

The story of Shelby and her sister which you find out pretty early in the book. Showing how even through the things that Shelby went through with her father in her past, she could still love her sister as much as she would her own despite the age difference and Shayla only being her half sister. Child abuse is not an easy thing to incorporate into a story, but the author did a great job! This book was thoughtfully put together and I am grateful for the chance to read the book.

I received this book from Tyndale in exchange for my honest review.